Get Your Fill of Pub Grub at Brewster's

The first thing you notice upon entering Brewster’s Pub is the inviting horseshoe-shaped bar. It practically beckons each patron to pull up a stool and chill.

The pub is owned and run by former musician Seven Morello (yes, "Seven" is his real first name), who shares proprietorship with Jim Cassese. It's open for lunch, dinner and late-night service seven days a week.

While you’re there, chow down on a fried bologna and cheese sandwich or some loaded nachos. Even better, build your own creamy mac and cheese (think blackened chicken, bacon and jalapeños). 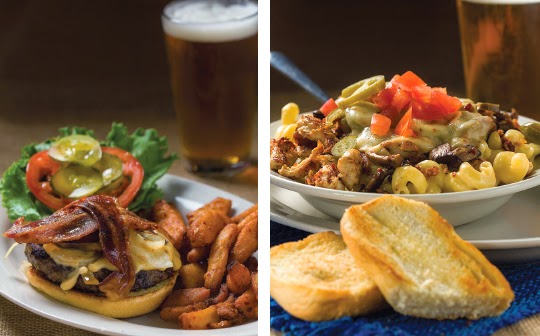 Whether it’s the weekly indoor cornhole tourney on Mondays, team trivia on Wednesdays or a competitive game of darts anytime, there’s plenty of fun to enjoy. Circle Thursday on your calendar, as that’s steak night. Starting at 6 p.m., you can score a 10-ounce Omaha ribeye with baked potato, steamed veggies and, if you're inclined to imbibe, a Samuel Adams seasonal draft for just $15.99.